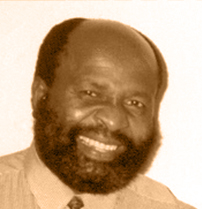 I count myself one of the very lucky individuals who had anything and everything to do in the formation of Kwanalu. I even remember how the name Kwanalu was coined from the English, Afrikaans and Zulu versions of the NAU. Who else but Theo van Rooyen, that jolly good farmer from Utrecht would have thought that up jokingly pronouncing it.

Was there really any need?

Yes of course the farming community in the Republic of South Africa has always been divided into different racial and ethnic groupings.  Amongst these in KZN it was only the NAU that really existed and was strong enough and very resourceful. With the winds of change that were blowing, like minded individuals became attracted to each other and thus the early beginnings of the negotiation processes slowly took off, eventually gaining momentum. Some people in all affected groupings just didn’t believe this process was ever going to come to fruition but, mark my words, it became an unstoppable force that bonded the KZN farming communities.

I will mention a few individuals who heralded the talks in these different groupings; from the former NAU, Graham McIntosh, Peter Stockil, John Black, the Late Warwick Barnsley; from KZNFU Michael Msimang, Claude Xaba, Petros Ngubane, Christopher Hadebe and myself; and from the South Coast Indian Farmers Association, Vicky Pillay.

We must remember that these groupings had to forgo the change of their known identities and melt into one single entity with its new identity, which was the most difficult part in the whole process. I must recommend and thank all those people who imagined and ably nurtured this dream which in the end has become a very effective and strong farmer’s organization in the country. Without being boastful we were the trailblazers because the prophets of doom kept on telling us that with our political history we didn’t stand a chance of any cohesive entity and that we were bound to die a natural death within a very short space of time. We weathered the storms and Kwanalu got stronger with each passing year – Today we are indeed proudly 20 years old.

The issues at hand.

Some of the needs and reasons that brought us together still bother us and are very much a thorn in our flesh – uppermost the rampant murder of farmers and citizens at large in our communities. As I write this article, my family and our local community are mourning the brutal murder of my elder brother, the late Nicho Ntuli, who was shot at close range in the early evening of 9 June 2017. Criminality has no known colour or race and respects no one as our research has shown us since our inception.

The development of infrastructure on farms in rural arears is still sorely needed, as South Africa is still grappling with agrarian reform and industrial revolution we still have a belief and feeling that it ought to be locally based for these changes to be effective in their entirety.

We still firmly believe that South Africa belongs to those born here; those who live and work in it regardless of race, colour, creed and any orientation. Therefore, by right we ought not to be discriminating against any individuals, groups or societies.

Kwanalu as an integral part of AGRI SA.

From the early stages of our formation we maintained that, for our experiment to succeed, we must remain a strong and active member of AGRI SA and I am very proud that Kwanalu has kept that intent and belief alive and in practice. Kwanalu became an unstoppable force/wild fire that has consumed all and sundry in AGRI SA and all are indeed adopting our stance. The farmers of the future will neither be racially classified nor segregated because that is how it should be and will be.

I want to pay tribute to those who led Kwanalu from inception, before my stint, namely Graham McIntosh, Fred Visser and those who took over the baton after my time, Robin Barnsley, Brian Aitken, Mike Black and Andy Buchan.

In the same breath, I don’t want to forget Sandy La Marque and her able staff in the office who keep the home fires burning in our good organisation. “Long live Kwanalu” “Sterkte”