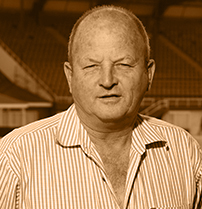 In celebrating the 20th Birthday of our organization we should first and foremost acknowledge the vision and wisdom of the respective leaders of the organizations which came together to form Kwanalu. Their leadership was visionary and, as a result, Kwanalu remains a leading force in organized agriculture in South Africa, often leading the way in transformation.

While election to leadership positions by one’s peers is always a privilege which carries great responsibility it is also a time of forging friendships and travelling to places one would not normally visit. Through this, lifelong friendships are made and significant personal growth is achieved. In this respect I was privileged to witness, first hand, the great contribution made by our Vice President at a national level during the years immediately after his election as Deputy President of AgriSA. At the same time it was also hugely rewarding to see the immense personal growth and development Phenias experienced during this time. I felt proud to represent Kwanalu alongside him during this time.

A number of significant developments took place during the years 2013 to 2015. Among these was the launch of the Kwanalu PR and social media campaign which had first been mooted several years earlier and has significantly raised awareness amongst the general public of agriculture in general, and Kwanalu in particular.

We also witnessed substantial growth and exposure of the Future Farmer project, in conjunction with Judy Stuart, a shining light in transferring skills and enabling transformation amongst the youth in agriculture.

Kwanalu is blessed to have an experienced, willing and extremely competent staff with, collectively amongst them 95 years’ service to organized agriculture in South Africa. Without them Kwanalu could not function effectively and we should be deeply grateful for their role in the achievement of this milestone.

Congratulations Kwanalu and all who have brought us to this point.