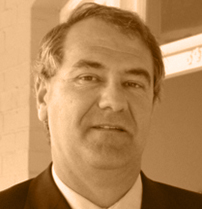 My sincere congratulations to Kwanalu on reaching this amazing milestone.

Who can forget the momentous occasion when Kwanalu was launched in the presence of the former iconic President Nelson Mandela at the Royal show grounds in Pietermaritzburg.

My involvement with Kwanalu was truly over a critical time in the future of Agriculture.  A time of uncertainty, with a lot of apprehension. I am extremely proud of the way Kwanalu came through these challenging times.

The various policies which formed the basis of the Kwanalu business were sound, and from all account remain so. Kwanalu responded to the various challenges and is admired by all in organised agriculture.

The question of land was then, and still is now, critical to the future of farming. If I have one regret, it would be that we were not able to crack the unenviable subject of large scale land reform. This, surely then, and now, being the biggest burden hanging over the heads of farmers. The lack of government performance in assisting with land reform was, by far, unacceptable and very disappointing for me.

As I did back then during my term as president, I would like to use this opportunity to urge all farmers, Farmers’ Associations or Societies to never give up on Kwanalu. Use every opportunity to bring potential leaders to the fore. Leadership in troubled times remains the cornerstone to success.

An achievement like this milestone would not have been possible without the dedication of loyal staff and the volunteering farmers who have served on the Board of Governors. A big thank you to all concerned.

Finally, to all farmers who came before and after my term, a big thank you for your time and efforts in contributing to the success of Kwanalu. I salute you all.