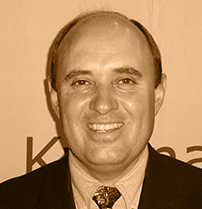 It was with a great sense of both anticipation and trepidation with which I took over the leadership of our organisation from Walter Ntuli – big shoes they were to fill!

To be quite honest, I think that I was a bit “wet behind the ears” for the task with which I was entrusted but was greatly encouraged by the warmth of support and sincere guidance from fellow farmers, our staff and former leaders. I found this to be a hallmark of my time serving our community.

Perhaps the greatest privilege and highlight for me was to visit each of the districts as part of the then annual road shows. As demanding as it was, the reward of meeting folk on their home turf and listening and being enlightened in their local context was a great privilege and well worth the effort.

I do think that we were, during that time, able to enhance the relevance of the organisation in the minds of our members and our broader constituency including Government, suppliers into the agricultural value chain, the media and the consumers of our produce.

Thinking of the low points, I still get a lump in my throat when I pass through areas that were devastated by the fires of 2007 and 2008 and later the floods as well as the communities I visited in the aftermath of some horrific farm attacks and murders which took place during “my time”.

Of our leadership, I sincerely believe that those who preceded and succeeded me have all been characterised by a spirit of sincerity and servant hood – it is this that has set us apart and allowed us to succeed in the face of challenges that have seen others wilt under the weight of the personalities and autocracy of their leaders.

At times, I do miss the frequency of rubbing shoulders with you all but one has to recognise when one’s season has passed.

I wish one and all every blessing in their endeavours.