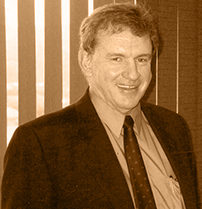 The celebration of 20 years of Kwanalu is truly a remarkable occasion as it represents the success story of transforming a century-old farmer representative organization – the oldest in South Africa – namely the Natal Agricultural Union, (NAU) into a fully inclusive and representative body for farmers in the Province. To have been part of this success as well as having played a leadership role in the new organization was both humbling and a privilege for me.

All credit must go to visionary leadership of my predecessors, namely Peter Stockil and Graham Macintosh as well as those of the Madadeni branch of the National African Farmers Union, namely Walter Ntuli, and the South Coast Indian Farmers Association, namely Vicky Pillay, who recognized the need to bring about transformation in agriculture, including all stakeholders in a meaningful and sustainable manner. Significantly the efforts of Kwanalu have influenced not only transformation in national farmer representative organizations but has also provided a nursery for black farmers to occupy positions of leadership at that level. Special mention must be made of Walter Ntuli who, as a farmer and businessman in his own right, gave up so much of his time to help guide the process, as well as the then staff of the NAU under the leadership of the Director Steve Shone.

The memory of the adoption of the first Kwanalu constitution at the Royal Show Grounds in Pietermaritzburg on 24 April 1997 will remain with me always as it brought together farmers of all races, creeds, persuasions and cultures in unity of purpose. So much had the event captured the imagination of the fledgling political dispensation that President Mandela agreed to open the proceedings.

In closing I would like to thank the members of Kwanalu for the confidence they placed in me for my two-year stint as President, a time when there were turbulent times in agriculture. It was a privilege and honour to have served you and I have every confidence that Kwanalu will grow stronger into the future.

Many happy returns of your 20th Birthday.