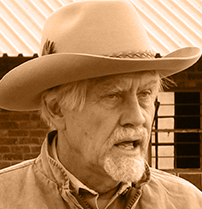 Being part of the group that brought Kwanalu into existence, was an extraordinary privilege and opportunity to provide our commercial farmers – large, small and corporate — with a fully representative, independent, non-political Union that would serve, promote and protect the interests of all our commercial farming sectors from livestock, crops, horticulture, dairy through to timber and sugar, in the new South African democratic dispensation.

We had an extraordinary team in Peter Stockil, who did an astonishing amount of the work, Walter Ntuli from our KZN Farmers’ Union, who also made a huge contribution, and undergirding us was the extremely efficient NAU office and the KZN Department of Agriculture.  Mr Michael Msimang from NAFU’s Madadeni Branch and Mr Vicky Pillay from the South Coast Indian Farmer’s Association made positive contributions.

Our launch, which Steve Shone organised so well, at the Royal Agricultural Showgrounds, will be long remembered.  Nelson Mandela was there, as were Nkosi Mangosuthu Buthelezi and the then Premier of KZN, Dr Ben Ngubane, as well as all our agricultural sectors.  It was a privilege for me to say a few words and in English, isiZulu, Afrikaans and German so that we could recognise the languages of the communities that have built up our commercial agriculture in the Province.

With change being the operative word over the last twenty years, Kwanalu has been able to walk tall and with real credibility and legitimacy so as to defend and promote the interests of all parts of the agricultural sector.  It was good to hand the baton to Fred Visser as the Second President of Kwanalu.