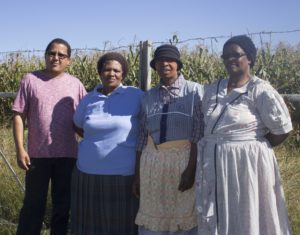 Six years ago, the Underberg Farmers Association (UFA) made a conscious decision to integrate and work more closely with their neighbouring small scale farmers. Today their initiative is a leading example of how farmers’ associations are ploughing the seeds of change at grass roots level – where it matters most.

In 2012 members of the UFA actively set in motion the pursuit of working towards a united local agricultural sector, by implementing a social and community-building strategy, and being one of the first farmers’ associations in Kwazulu-Natal to employ a Community Liaison Officer to specifically drive these objectives.

“A lot of my work is about breaking down perceptions and helping both our commercial and small-scale farmers to understand each other’s cultural differences, so that they can see that their challenges, as farmers, are similar but just on a different scale,” explains UFA Community Liaison Officer Wayne McNamara.
“At the beginning, we at the UFA, had no set guidelines as to how to go about bringing change for a better community for everyone; we just had our objectives and I simply began with community building and set about changing perceptions for everyone,” says McNamara. 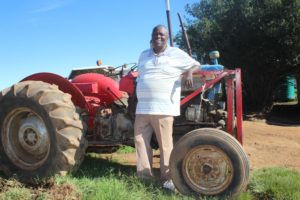 Initially taking his lead from the local Extension Officers of the Department of Agriculture based in the area, McNamara’s role soon began to take shape as he forged a link between the two previously socially and economically divided groups.
“I slowly got to know and understand the massive challenges small scale farmers faced and how commercial farmers could help even if it just meant with knowledge, advice or leasing out of equipment. What we learnt was that paying for what you eat is crucial to how a person feels about themselves. My role is not about giving hand-outs, it is about closing the gap between all farmers in our community so that everyone wins,” explains McNamara.

McNamara’s role is largely advisory and that of facilitator and networker on behalf of small scale farmers, assisting them with procurement and advice on the growing and cultivating of their maize, beans, potatoes and the management and husbandry of their livestock.

“If a small-scale famer is battling with any aspect of farming, I will attempt to assist him or refer him to another farmer who can. The UFA represents many willing commercial farmers in our district who are able to share valuable knowledge with this developing sector,” says McNamara.

“Paying for oneself instigates respect and gives a person a sense of ownership. What we do at the UFA is not only about the actual farming, it is about connecting communities and building a future, in a fragmented country, together,” said McNamara.
“Real progress and transformation can only be achieved if it is built on mutual trust, respect and a good working relationship between developed and developing farmer’s.  We take pride in the success stories in our district as a result of our efforts,” Chairman of the Underberg Farmers Association and local farmer, Kelvin Craig.

Sandy commended the UFA for their work. “It is initiatives like this one run by the UFA, that make a real difference to the future of farming in our province. Kwanalu proudly supports the UFA and I would like to encourage all farmers’ associations to use this as an example of how to effect positive change and make a real difference to both your lives and to the lives of those around you,” said Sandy.