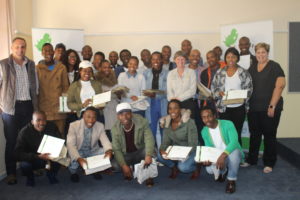 Agricultural students, industry leaders, farmers and agri-businesses came together on Friday, April 20TH 2018, at Cedara Agricultural College for the annual Future Farmers Day to pay tribute to the achievements of the Future Farmers Foundation’s current and past agricultural graduates.

Future Farmers, the brainchild of Howick dairy farmer Judy Stuart, is a unique social program which aims to cultivate the skills and ignite a passion for farming in young aspiring farmers, between the ages of 18 and 30 years old, by providing them with real job 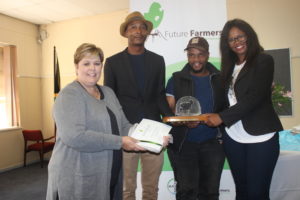 experiences in an agricultural field of their choice. The programme is designed to give young people the opportunity to “learn as they earn” by finding apprentice positions on local and then later, international farms, returning home to South Africa with their expertise.

Today, with many successful placements of eager young South African farmers on farms in New Zealand, Australia, America and Denmark, Future Farmers has become a recognised role-player in the future of KZN farming with many “past” Future Farmer students not only working successfully on, but also managing large commercial operations in the province. 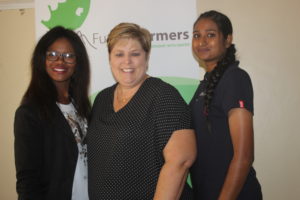 experiences on farms locally and overseas, who all agreed that, despite the hard work, the opportunity the Future Farmers’ initiative afforded them wasn’t just an agricultural experience but a life-changing one.

All of the graduates which spoke praised the foundation and Judy for making an impact on their lives. “I would like to thank and acknowledge AgriSETA and Future Farmers who have made our dreams of becoming farmers come true. I would also like to thank commercial farmers, here in SA and abroad, who have supported and mentored us interns,” said Sanelisiwe Ngubane, a Future Farmer graduate. 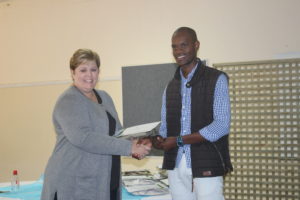 Future Farmers is a recognised role-player in shaping the future of farming in KZN and, with the backing of Kwanalu, who works tirelessly to secure funding for the Future Farmers programme with the objective of bringing a skilled, motivated and dedicated “agricultural generation” to life, has gained overwhelming support from AgriSETA, agri-businesses, sponsors and the agricultural industry at large.

Acting AgriSETA CEO Frikkie Fouche commended the Future Farmer graduates on their adaptability and for taking the opportunities afforded to them in the pursuit of becoming farmers. 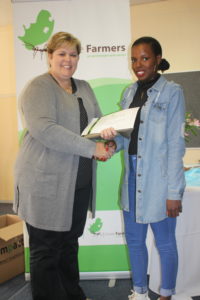 “AgriSETA will continue to support programmes that are making an impact and from I what I hear and see here today, the Future Farmers’ programmes is one of those,” said Fouche.

“We at Kwanalu believe that the future of farming, in South Africa, lies in the hands of our young farmers and from what we see today, we are inspired and encouraged for the future,” said Buchan.

Kwanalu’s CEO, Sandy La Marque said Kwanalu was proud to be a part of the Future Farmers programme and commended the union’s members for their mentorship roles in the programme.

“Congratulations to all the young people we have heard from today for your hard work, commitment and exceptional farming skills each one of you has developed from your experiences. We also thank our commercial farmers whose support of this program ensures the success of farmers of the future,” said La Marque.

This website uses cookies to improve your experience while you navigate through the website. Out of these, the cookies that are categorized as necessary are stored on your browser as they are essential for the working of basic functionalities of the website. We also use third-party cookies that help us analyze and understand how you use this website. These cookies will be stored in your browser only with your consent. You also have the option to opt-out of these cookies. But opting out of some of these cookies may affect your browsing experience.
Necessary Always Enabled

Performance cookies are used to understand and analyze the key performance indexes of the website which helps in delivering a better user experience for the visitors.

Analytical cookies are used to understand how visitors interact with the website. These cookies help provide information on metrics the number of visitors, bounce rate, traffic source, etc.

Advertisement cookies are used to provide visitors with relevant ads and marketing campaigns. These cookies track visitors across websites and collect information to provide customized ads.

Other uncategorized cookies are those that are being analyzed and have not been classified into a category as yet.