Land reform, land restitution, expropriation – call it what you may but the issue of transformation in agriculture is a certainty in South Africa – one that is not new and one that is not going to go away. 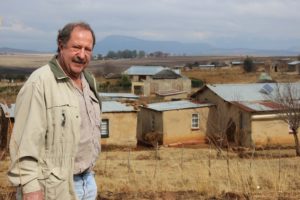 Land restitution began in earnest in SA with the adoption of the Freedom Charter on June 26, 1955, realising a vision for a united, non-racial and democratic South Africa. Now 21 years after democracy, we have reached a point where farmers need to look fairly at land reform, and the access to agricultural for all,  with the attitude of being an active role-player in the process. So says Winterton farmer and ex vice-President of Kwanalu Peter Stockil.

“We farmers have spent our time since democracy trying to keep our heads above water and for the most part, have left the land reform issue to politicians and our agricultural organisations. And when a solution which is unpalatable to us is put on the table, we throw our collective hands in the air and object,” said Stockil.

Stockil believes that it is now time for farmers to accept their role in the process of transformation of land reform and to get involved.

“It is time we face reality, get together and to help to put labourers on the land. What the people want, and not what politicians want – people simply want a place to call home, which is not going to be taken away from them,” explained Stockil.

To this end in 1992 Stockil, as part of the Natal Agricultural Union’s Development Committee, recognised the idea of the Agri-Village concept as one of the potential options to land reform in KZN.

“The Agri-Village consists of plots of land laid out in the form of a village, on a separate sub-division of land to accommodate the farm workers of one or more farmer’s. This concept gives the workers the opportunity to invest in land, have security of tenure and make the provision of services more cost effective,” explains Stockil.

Act 126 of 1986, introduced by the former government, made the provision of R15 000 per person to buy land. Stockil identified 38 beneficiaries who worked for him on his Glenside farm in Winterton. The definition of which farm occupiers qualified as  beneficiaries for a share in the Agri-Village concept were identified as those eligible for RDP housing. These, at the time, were those people older than 18 years old and with at least one dependent. This resulted in 38 beneficiaries qualifying to be members of The Isibonelo Community Land Trust which was registered in 1998.

The R15000 grant to each individual was utilised to purchase 120ha of land, (R 9000) from each members’ grant. The rest was used for homes on each beneficiary’s allocated residential site and for water reticulation.

“For the beneficiaries this became a place to call home, which will not be taken away from them, and a place for them to bury their family,” said Stockil.

The Agri-Village concept is not a “plain-sailing” success story, after all it is farming, says Stockil. The Department of Land Affairs in 1998 was still finding its feet.

“They had a huge commitment dealing with the implementation of Land Acts which had been passed in 1996 and 1997 and did not have the time to devote to people who had been “settled” so to speak,” explains Stockil.

He explains the challenges, “Further funds for agricultural production or development were not forth coming. The Land Bank was reluctant to give a full loan on land that had 38 occupiers whom they would never be able to remove if there were to be a default. We leased the land, we tried a Land Bank loan and had a severe drought and all was pretty rough till in 2010 we were able to secure a production grant from the Department of Economic Affairs. This was used to sink two boreholes and plant a crop of soya beans. Our motivation to the Department was that we wanted to prove to them that with good management, land beneficiaries need only receive a grant once and this; bar natural disasters; should get things going.”

“From the year 2013 we have been able to distribute a total of R609 000 to the 38 beneficiary families and have retained R636 000 to pay the monthly payment to them and have allocated further funds to plant a crop in November this year,” he said.

“This is the outlook at present, despite a near total crop failure this season. If we had had an average crop this season, we could have been distributing R2 000 a month to the beneficiaries. Since 2010 we have had two droughts and one hailstorm. These have tested the model! But we have enough to plant a crop of sorghum this summer and still pay each family R500/ month and a 50 kg bag of meal,” said Stockil.

Stockil believes that the way forward is for farmers to get involved. To serve on committees and think of ways to mentor people who show potential in the agricultural sector. He says Farmers’ organisations need to get the message of the” reality of farming” across to both the Department of Agriculture and Rural Development and Department of Rural Development and Land Reform. And believes that in order for transparent and successful land reform to take place, these departments need to be talking to farmers and help to look for workable, realistic solutions.

“They need to stop sending us inexperienced people, with little or no knowledge of farming, to tell those long- experienced in the practice of agriculture what to do,” he said.

He also urged politicians to play an active role in looking for workable outcomes.

“Stop deflecting the plight of the rural poor onto the so-called “bad relationship” between farmers and their workers. There are many people who would welcome a job on a farm,” said Stockil.

“We need to look for good farmer potential in the deep rural areas, people who under those harsh circumstances are succeeding. The people who have increased their herds, have yielded worthwhile crops despite working under the hardest conditions. We will not find good farmers in those who warm the benches outside the Land Affairs offices,” said Stockil.