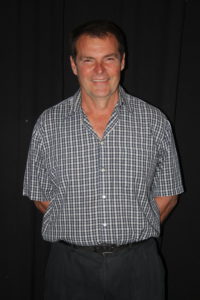 The KwaZulu-Natal Agricultural Union (Kwanalu), with support from its members has approached various funders for funding to implement a revised ground-breaking rural development transformation strategy that, if approved, will change the nature of how we approach rural development and land reform in KZN.

Since the latter half of 2015 the Department of Rural Development and Land Reform (DRDLR) and Kwanalu, together with farmers and their Associations, land reform strategists and other interested parties, have been hard at work pulling together their experiences, recommendations and knowledge gained from past, successful and failed, land reform projects to develop a new strategy document that outlines a co-ordinated, step-by step approach to rural development and land reform in the province.

This revised strategy provides calculated guidelines, to be implemented by Farmers Associations and district municipalities, in the quest for meaningful and sustained rural development and land reform in the country.

“To achieve real and meaningful rural transformation, we need to work from the ground up. That means much more stakeholder participation and a clear, step-by-step approach that is decentralised to local districts and municipalities. This is the first time that the government has given us, the farming communities on the ground, an opportunity to participate meaningfully in land reform and it is critical that we take up our responsibilities and actively drive this process” said Sandy La Marque, CEO of Kwanalu.

“What we have seen and done with land reform in the past is to focus almost entirely on commercial farming – that is, we have taken good commercial land, lumped large groups of people together and expected them to farm together in a successful commercially-orientated group, ” said Henderson.

He explained that it is the forced aggregation of people that has caused distress and unhappiness in communities, and the reason that there have been so many failed land reform projects in the past.

“Projects have not addressed or taken into account the social structures and needs of the beneficiaries, and as a result, they have failed to be commercially viable,” he said.

“From our past mistakes and experiences we have now learned that we should be focusing on establishing family-operated farms where beneficiaries are able to farm their own livestock or crops individually or as a family,” he said.

In line with this idea, the DRDLR formed District Land Reform Committees (DLRC) to function as one of the role-players driving rural development and land reform in each of the district municipalities across SA.

“Although this new vision shows great promise, we feel that it is our responsibility as a union to play a leading role in the implementation of a more holistic, co-ordinated approach, rather than allowing the process to be dictated by others outside of our farming communities” said Sandy La Marque.

She explained that one of the key measurables for the DLRC’s is the rapid transfer of 20% of commercial farming land. In many areas this target has been exceeded which does not guarantee a transformed rural landscape,” she added.

“We (Kwanalu) do not necessarily agree with this target as it does not guarantee that people will be happier and live better lives. The uncoordinated purchase of land in farming areas has also proven to be devastating to communities and the economic viability and productiveness of farming areas,” she said.

“Rural transformation should be measured in terms of the improvement in people’s lives, in household viability and increasing food sources for the poor and rural households, not hectares transferred or commercial feasibility,” she said.

Kwanalu aims to achieve these measures by ensuring that farmers, stakeholders and agri-businesses are actively involved in the process.  In other words, farmers and commodities will lead and co-ordinate the process of land reform, ensuring that the production potential of their area is not compromised.

The Union has developed a proposal to lead rural development in each district municipality, together with sound district and local structures.

“Our vision is that this new approach will consist of local farmers, farmer’s association representatives, and DLRC representatives as well as specialised project managers, who will all be dedicated to the implementation of proposed projects,” she said.

“Our farming communities have at their disposal a wealth of talent and through our Farmers’ Associations and organised agriculture, all the necessary mechanisms at hand to be able to drive meaningful land reform and rural development projects” she said.