KwaZulu-Natal’s Agricultural Union, Kwanalu today proudly announced the winner of the 2016 KZN Kwanalu Young Farmer of the Year at its Annual Congress held at the Royal Show grounds in Pietermaritzburg.

34 year old Vryheid farmer, Neville Schefermann, was awarded the provincial title of KZN Kwanalu 2016 Young Farmer of the Year at a ceremony attended by Kwanalu members, fellow farmers and agricultural-industry leaders from all over KZN.

Neville will go on to represent KZN for the national 2016 Young Farmer of the Year title which takes place in October 2016 where he will compete against top young farmers from all nine provinces, in an effort to secure the much sought after title, as well as a brand new Toyota Hilux Single Cab.

“We are encouraged by the positive attitude that all our finalists displayed. They all see social development and land reform as an opportunity rather than a challenge and it is very exciting and encouraging to see young farmers who all want to make a difference. With farmers like this in KZN we can only look forward,” said CEO, Sandy La Marque, speaking at the event attended by members, industry leaders and multiple farmer’s association representatives from all over KZN

The KZN Kwanalu Young Farmer of the Year competition is open to farmers under the age of 35, male or female who are full members of their provinces agricultural unions. The judging and evaluation of the farmers and their agricultural practices, takes place at provincial level with the applicants being evaluated on all aspects of their business including their overall vision for the future of their farm/ business. The main features on which young farmers are judged is their management/ business philosophy as well as the technical competence with which their philosophy is applied.

Neville, the fourth consecutive generation of Schefermann’s to farm at Alford farm in the Khambula district of Vryheid, joined the family farming business in 2007 following completing a National Diploma and a B-Tec Degree in Forestry. In 2015 he bought the three family farms from his father, Trevor. Neville also leases a fourth farm from his aunt in the district.

On the four farms (1 290ha), Neville farms with 233 Simmentaler stud cattle comprising of bulls, cows and heifers which he recently purchased from his father. He also runs a three-way commercial herd of 303 cows and heifers made up of Sussex, Afrikaner and Simmentaler breeds.

The Schefermann family are well known in the beef industry for their commercial beef enterprise thanks to their innovative three-way crossbreeding system of Simmentaler, Africana and Sussex breeds. The system was implemented by his late grandfather, Vernon, and his father – a successful system which Neville has continued since taking over the business in 2012.

“The thinking behind this system is that it has allowed us to have a closed female herd, meaning never having to buy in any breeding females. This significantly reduces the risk of introducing venereal diseases , ensuring generations of females that have been born and bred on the property are now well-adapted to the operation’s particular production environment,” explains Neville.

The farms also includes 532ha of natural veld and 143ha of planted Kikuyu and Erogrostis.

Since taking over the running of the business, Neville’s vision for growth is to ensure maximum use and production of his existing lands.

“With boundary farms not changing hands much in our area we have come to the conclusion that we have to grow vertically. By this I mean I need to ensure that my farming practices are as intensive as possible and that production functions to the best of its ability,” said Neville.

Examples of this plan include removing of “unproductive” grazing lands and replacing them with productive maize fields. It also entails refining his herds by keeping only the best producers to ensure no land or feed is under-utilized.

Neville also places great importance on using technology where applicable to assist with farming practices. This includes using the knowledge of reps to advise on latest products and trends as well as attending farmer’s days and study groups to ensure he is always building on, and improving, his knowledge base.

Neville is an active community member and until recently was the secretary of the Khambula Farmer’s Association of which he was a key role player in the revival of this once defunct association. He also serves on the Gencom of Forestry SA.

On receiving his award, Neville said the title was an honour and a privilege and that he looked forward to representing KZN farmers at the national event.

“I would like to thank my wife, Amy, for her support and also my parents for the upbringing they afforded me. As a fourth generation farmer I would also like to mention and thank my late grandfather, Vernon, for all he taught me,” he said. 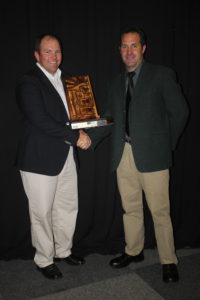