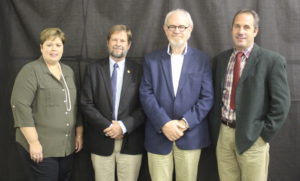 Kwanalu, the Kwa-Zulu Natal Agricultural union, reflected on twenty years at the forefront of transformation in agricultural at its annual congress held today (Thursday, 7th September) in Pietermaritzburg.

The annual event, this year themed “Trailblazers of Transformation, was attended by Kwanalu members, farmers from all regions of the province, agricultural-industry leaders and national industry representatives who came together to pay tribute to an organisation which rose out of the ashes of Apartheid by embracing the new South Africa 20 years ago. In 1997, against all odds, and in the face of intense pressure, the then Natal Agricultural Union (NAU), the National African Farmers Union (NAFU) and the South Coast Indian Farmers Association merged, and Kwanalu was born.

“Looking back over the last 20 years, Kwanalu has positioned itself as the leading union for organised agriculture in KZN and leads the way nationally as a fully integrated, transformed and relevant organisation,” said Kwanalu CEO, Sandy La Marque, who has been at the helm of the organisation since 2001.

Setting out her vision for the future, La Marque added: “The opportunity for the next 20 years is for Kwanalu and its members to continue being progressive, have sound policy positions, stand united and collectively work at raising the voice of agriculture in KZN and further afield.”

Andy Buchan, in his second year as Kwanalu President credited Kwanalu’s success to “its principled approach to represent the collective interests of its members, and the pivotal role the past leaders have played in shaping Kwanalu into the credible organisation it epitomises today.”

Talking about land reform, Buchan stressed that change is necessary.

“The objective of land reform must be to produce self-sufficient farmers capable of contributing to food security of their families, communities and ultimately to the economy at large. Kwanalu and its affiliates recognise the need for land reform, but the simple acquisition of land without the necessary support to sustain a living, is degenerative and doomed for failure” said Buchan.

Encouraging Kwanalu members and farmers in general to make a positive difference to South Africa as a whole, Buchan concluded: “The strength of Kwanalu, and organised agriculture, is the combined efforts of each individual.”

Award-winning journalist, anti-apartheid activist and political commentator, Max du Preez addressed delegates as the “custodians of our soil and producers of our food.” Speaking at length on land reform, Du Preez recognised that land displacement in SA is a historic fact and an emotional issue driven by pride, arguing that it is not about agriculture in the first place. For that reason, he stressed that an aggressive approach to government about land reform will only “back fire” on the agricultural industry; encouraging instead more talking and more strategising as a solution. Du Preez added that the modern definition of land ownership has shifted away from being a status symbol and is now about producing food and providing employment.

“Farming has become a business – there is no place for emotion or nostalgia anymore,” Du Preez said.

Further cause for celebration at this year’s Congress was the announcement of the 2017 Kwanalu KZN Young Farmer of the Year. 38-year old golden kiwifruit farmer from Richmond, Ross Lowe, beat off stiff competition to take this year’s title and will now go on to represent the province at the national Toyota SA/Agri SA Young Farmer of the Year 2017 taking place in October.

As a young farmer Lowe is blazing his own trail in agriculture by farming golden kiwifruit – a relatively unknown commercial farming commodity in the South African market. As such he has had to learn everything from scratch through extensive research.

On his win and on the future of farming in South Africa, Lowe said: “The role of a young farmer in our economy is of huge importance in South Africa. We are the future of our country’s food security and safety and as the custodians of our land, we have to look after and cherish it for future generations. With no food, our economy will not flourish.”

“We are always blown away by the calibre of entries we receive for the Kwanalu KZN Young Farmer of the Year competition and this year has been no different. It is encouraging to see our young farmers so involved and passionate about agriculture and farming in the province,” said La Marque on announcement of the title.

“In Ross, we think we have a real winner – someone who is taking agriculture to the next level by exploring new opportunities – and we wish him the best of luck at the national competition!” she added.