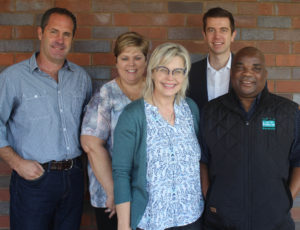 Ahead of the Expropriation Without Compensations (EWC) hearings to be held by the Constitutional Review Committee (CRC) in mid-July, we at Kwanalu, together with AgriSA, hosted a cohesive workshop in Pietermaritzburg for the chairpersons of all 80 farmers’ associations and leaders of KZN commodity groups.

With the objective of keeping our members informed, and for the gathering of farmers’ much valued feedback, the workshop was a critical step in ensuring AgriSA, supported by all provincial affiliations, are 100 percent representative of its members. Both Agri SA and Kwanalu will be making comprehensive submissions to the Constitutional Review Committee (CRC) on behalf of all members.

Speaking to farmers, Sandy explained “The questions to be addressed in these presentations include does Section 25 of the Constitution pose an obstacle to land reform? Is EWC the solution to the lack of progress made with land reform? What mechanisms are needed to make land reform happen quickly and sustainably? The question is therefore two-fold – firstly, it is about the need, or otherwise, to amend Section 25. And secondly, it is about the necessary mechanisms to address land reform problems and specifically the compensation issue”.

THE CRITICAL ROLE OF ORGANIZED AGRICULTURE 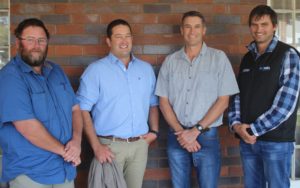 “It is at times like our farmers are facing at present, that the critical role organized agriculture plays, really comes to the fore. We at Kwanalu, and together with our national body AgriSA, are approaching the motion to amend the property clause, Section 25 of the Constitution, with calculated leadership strategies based on sound legal, economic and social positions on behalf of our members,” explains Sandy. 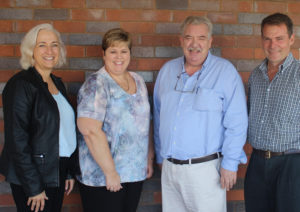 “There are many transformation projects that are successful. The correct support and funding models could result in many more of these projects being launched and through partnerships, the private sector can assist with implementation of transformation and help to ensure that land reform is sustainable,” said Sandy.

Sandy says that the real problems lie not with the current limitations of Section 25 of the Constitution but with the lack of and poor implementation of existing legislation and programmes, inadequate and unrealistic budgets and the high levels of corruption.

And that the High-Level Panel Report recommended the Government should amongst other:

“This High-Level Panel Report also noted that though the Constitution currently provides for positive land rights in Sections 25 (5), (6), (7) and (9) of the Constitution, that these rights at present are not being adequately promoted, enforced or protected, and that instead they appear to be under attack from policies and practices directly benefiting specific elites within political alliances,” says Sandy.